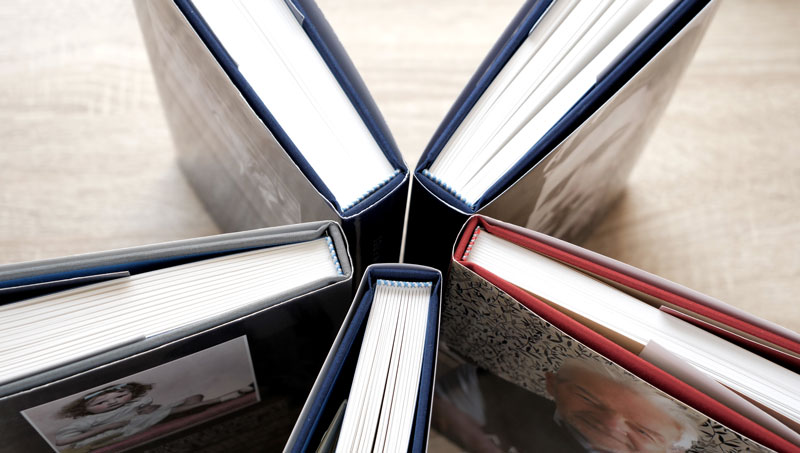 The wonderful stories immigration has given us over the centuries

It is often said that Britain is a country built on immigration and it is certainly true that over the millennia, the country has seen the influx of many peoples from around the world, all of whom have shaped British society both by adding to it and absorbing cultural differences.

Of course, the first immigrants who arrived in any significant numbers came by way of invasion rather than migration but in more modern times, the UK with its tolerant attitudes and thriving economy has attracted many individuals from poorer nations, seeking a new life and an improved standard of living. Photo by Clay Banks on Unsplash

Multiculturalism in the UK

During Black History Month and in the wake of the ‘Windrush’ scandal, the focus in the UK has been mainly on the West Indian immigrants, but large numbers of people from other regions across the globe have also made their way to the UK to resettle on its shores. In fact, according to the most recent census, which was held in 2011, the majority of people defining themselves as BAME (or Black, Asian and Minority Ethnic, a term which has itself been the subject of controversy) were of Asian origin (to include Chinese and others from the Far East), with the figure standing at 7.5% of the population, compared with those of Black ethnic groups who made up 3.3% of the population at that moment in time. Of the latter, only around one third identified themselves as Black Caribbean, while the remainder were Black African. When looking at the figures overall for all categories of ethnicity, percentages had risen since the previous census of 2001, albeit at varying rates. Populations showing the largest increases were those described as Asian Other (i.e. not from the Indian subcontinent) and Black African, both of which had more than doubled in the intervening 10 years between the two censuses.

Interestingly, the census showed the vast majority of (in fact, nearly all) people of Pakistani, Bangladeshi and Black African origin were living in urban locations, with most of these being based in London, followed by the West Midlands and the Northwest. This might be as expected, as it is these areas that have the highest availability of employment as well as density of housing.

The next census is due to take place in 2021 and it will, no doubt, show further changes to the cultural and ethnic make-up of the UK. The land of opportunity

The Second World War left the country in tatters and, in the postwar period, a larger workforce was required to help rebuild the economy. There was opportunity for those willing to seize it and in an attempt to bring more workers to the country, the Labour government’s British Nationality Act 1948 gave Commonwealth citizens free entry to the UK. Some of the first to take advantage of this offer were 492 West Indians who, in 1948, travelled from Kingston, Jamaica, on board SS Empire Windrush sailing to Tilbury in Essex. They were soon followed by others from the various other Caribbean islands that formed part of the Commonwealth.

Similarly, during the 1950s and 1960s, immigrants from the Indian subcontinent started to arrive in the UK, primarily to work in the factories of what was then a highly industrialised country. Although often thought of as a single homogenous body, they were, and still are, made up of three main groups, namely Hindus and Sikhs from regions in India and Muslims from the areas that had become Pakistan and Bangladesh following the partition of India in 1947.

In addition to those migrating to the UK, some of these groups, particularly those from India, also travelled to Commonwealth countries in East Africa, such as Uganda, Tanzania and Kenya, as well as the island of Mauritius. However, especially in the early 1970s, most of these African-Asian immigrants later translocated once more, this time to the UK, when the violent political upheaval that led to independence and ‘Africa for Africans’ movements meant they were either expelled or forced to flee from their African homes.

Although the Commonwealth Immigration Act 1968 had made immigration more difficult for the majority of Commonwealth citizens by requiring them to have work vouchers prior to settling in the UK, many African-Asians, by way of an insurance policy should the political climate change adversely in East Africa, had held on to their British citizenship and were therefore excluded from the restrictions. Having built successful businesses in East Africa, they were unwilling to return to India and the problems the country was suffering as a developing nation and so they made their way to the UK in an effort to rebuild their shattered lives.

Because of the timespan of the intervening years, today many people in the UK who think of themselves as being of Asian or Black heritage are now the second or even third generations following those original immigrants. Cultural integration varies in the different regions, but one thing is certain, the lives of ‘immigrants’ born in this country differ greatly from those of their parents and grandparents. While that could be said to be true across all ethnicities, including those of a White British background, immigrants tell of a lifestyle ‘back home’ that was defined not only by an indigenous culture but also by huge differences in climate and geography, and enormous political change. Photo by Richard James on Unsplash

Many of these people on arriving in the UK found a country that was as strange to them as landing on another planet. Aside from any language issues, there was the weather to contend with, the British customs and mores, as well as generally having to find out how life in the UK worked in practice. Furthermore, many who had arrived on British soil full of hope, enthusiasm and expecting a warm welcome discovered that this positivity was not always reciprocated by the locals they encountered. Racism reared its ugly head as the indigenous population, suspicious of these new arrivals, feared their jobs would be taken and that the country would be overrun by the ‘foreigners’ as they saw them. It was not unusual to see notices on the doors of bed-and-breakfast accommodation, often the first port of call for any newly arrived immigrant, saying ‘No Irish. No dogs. No Blacks’.

In due course, the 1971 Immigration Act effectively removed the automatic rights of Commonwealth citizens to enter the UK and this was further exacerbated when the UK in 1973 became a member of the European Community (EC) so that EC citizens were given immigration priority over anyone entering the UK from outside the EC. Now, with Brexit and following the end of the UK’s transition period at the end of the year, this priority is set to be removed with the intention, according to the government, of creating a more level immigration playing field.

The diverse cultures within the UK as a result of immigration have created a truly multi-faceted society. Over time and through subsequent generations, customs, beliefs and cultures alter as people become assimilated into a new homeland. However, many of the younger generation have a desire to know more about their background and heritage and, equally, their elders wish to preserve this knowledge and pass it on to those who come after them. Word of mouth, of course, is one way to do this but as has been shown in cultures that have an oral tradition as opposed to a written one, stories and history are all too easily forgotten and lost to future generations. Added to this, the veracity, accuracy and detail of stories that are subsequently indirectly told and retold can be questionable. By preserving stories in the written form, the story teller can give first-hand information that is preserved for posterity, and, of course, so many immigrants have wonderful stories to tell, not only of their lives in countries far away when they were young, but of their journey to and their arrival in the UK. They can reveal their first impressions of their new home, how it felt to be a stranger in a foreign land and how they coped with their first few months in an alien culture.

Equally important for their own personal histories and those of their families, they can describe how they built new lives and relationships, how they adapted and integrated, and how the UK became their second homeland – and all this while continuing to hold their former motherland and their precious memories deep inside their hearts.